The first public reading proposed by "Le Bateau Ivre" dates from September 2000. These were the works of Jacques Prévert. "Le Bateau Ivre" had created four years earlier "La Crosse en l'Air". The readings were held in parallel with the performances of the show.
Then the company wanted to introduce its audience to texts that it liked from authors as varied as Heinrich Von Kleist, Roger Van Rogger, Eugène Ionesco, William Douglas Home, Agnès Jaoui and Jean-Pierre Bacri or Paul Valéry.
Since 2012, Philippe Pillavoine has been working on Alfred de Musset's writings. In 2017 "Laurenzaccio" was born, an adaptation of Lorenzaccio by Musset and Une conspiration en 1537 by George Sand. As in 2000, the reading "Spectacle dans un fauteuil" is offered in parallel with the performances of "Laurenzaccio"... but not only that.
Why not also consider using this reading to introduce as many spectators as possible to the little-known works of the great romantic author Alfred de Musset ?! "Le Bateau Ivre" by proposing this reading wishes to take up the challenge and bring the Poetry to life in France!

For 1 hour and a half, sitting in an armchair, close to the public, a glass of water not far from him, Philippe Pillavoine digs into Alfred de Musset's complete works. There he finds the poem, the play appropriate to the mood of the event. The reader has a choice: the work has been mixed with the poet's life. He has made his life a work of art and it reflects the different periods of his life.
1827, Alfred de Musset was 16 years old. His grandmother died. It is the first great sorrow and an unhappiness settles in. "He wants to love but sees no one who really loves him. He thinks about his own death and finds a derivative to his pain of living in girls and alcohols. Misanthrope, misogynist lover, Don Juan revolted against the sex he idolized, adventurously pursuing a bloody vendetta, Alfred de Musset has a psychological complex made of epidermal sensibleness and brutality, fragility and ferocity, secret femininity and arrogant virility."
In 1833, George Sand as a mother would care for him and comfort him. But at Fontainebleau on Franchard's rock, his first anxiety attack (this phenomenon of autoscopy found in the poem La nuit de décembre which he wrote in 1836) was triggered by the moon and his mother's panic misunderstanding. Philippe Pillavoine tells the story of this crazy passion, the betrayals, the tears that will unite and forever mark the two lovers. He then recounts the reconstruction, the search for oblivion, the desire for revenge, the time of healing in the arms of new mistresses. Alfred de Musset "is a chameleon lover who, to better seduce, enters the opponent's game wonderfully, borrowing his pace, his voice and his facial expressions, his latent femininity is exacerbated by contact with the partner of the moment, whose style, each time different, contaminates his correspondence and his work." The connections do not last more than one year. They are born and die during the carnival.
Then begins the slow and long descent of his love of life, his mistresses, his work as when he complained to his brother "that life was long and that this devil of time did not work". Finally, at the end of precisely one and a half hours, like the life that stops (at least on this Earth) on a given day or night, "Spectacle dans un fauteuil" ends with the sound of the end bell. The journey will have been intense, unforgettable, to the land of words, emotions and delicious anecdotes.

Who is it for?

"Spectacle dans un fauteuil" is a natural choice for high school students studying Musset. He is the most worthy representative of this age of life that is teenage. Childhood is no longer and adulthood is not yet! They are found extremely in the work of Musset. She speaks to them admirably.
But it is also addressed to adults who are lovers of theatre, poetry, stories, to those who have not lost, not their hearts as children, but rather their hearts as teenagers. To all the grown-ups who always think of the power of passion, beauty and torment that can guide us down but also up and light. To all people who are sensitive to metamorphosis, change, evolution and who nevertheless believe in the power of hope and humans.
"Spectacle dans un fauteuil" is also an opportunity to discover Philippe Pillavoine in a universe he dreams of sharing. 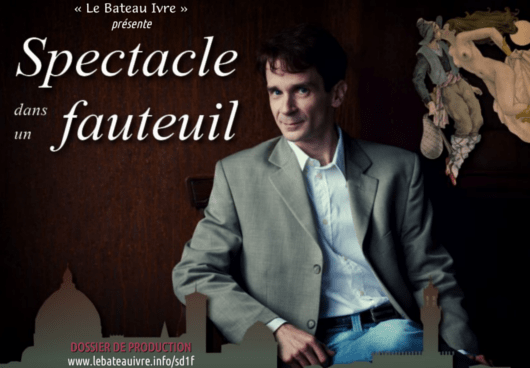 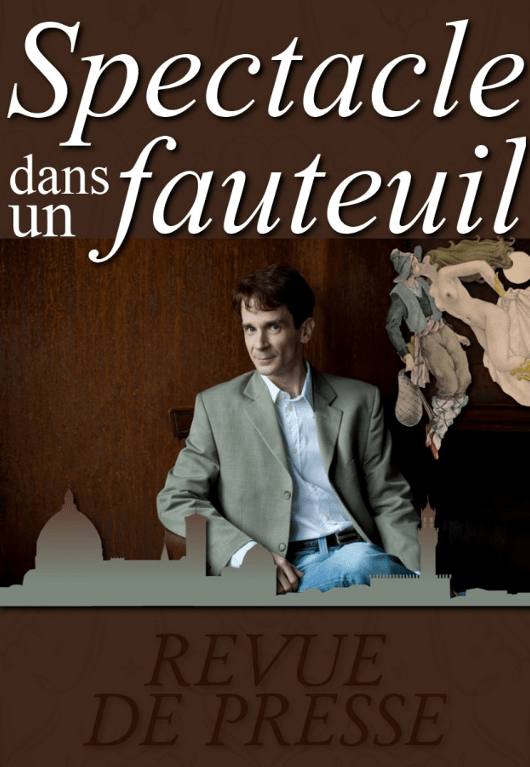 Be the first to write your review!